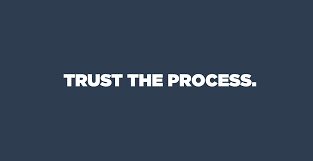 What I want to tell you about is how there is so much more to cheer then the obvious, working together as a team, adjusting to different coaching styles, winning and losing. But it also gives life skills and dealing with disappointment. I remember when Sara didn’t make the team she wanted – she finished the season on the Worlds team, but didn’t make it the next season.
We don’t always get what we feel should be ours.

I discussed with Sara that she still had to attend the team reveal. She was upset and didn’t understand why when she could tumble and stunt. I told her she was still cheering because this is what she loved to do.
She talked to Adrianna to understand why and to find out what she could do to get the team she wanted. Adrianna explained to her, she had the stunting and tumbling capabilities but she was not mentally ready to be back on a world’s team. She needed to trust and believe in her abilities in the same way her coaches and team mates did. She needed to work on her mental strength.

Sara had THE BEST season – not on a Worlds team. Sara grew in so many ways. She worked on her skills – physically and mentally – she finished the season not only stronger physically with great skills, but mentally.

Adrianna‘a quote was “trust the process”.
It took myself time to understand the quote. I was angry for my daughter who was upset. As a parent I had to take a step back and let Sara learn and work through it. I watched Sara become motivated to work harder and prove to herself and others she was ready for the following season. Sara put the work in, she worked with her coaches and with Adrianna the entire season to learn and to grow. She went back to the beginning and she focused on the little details of her skills to perfect each part of every skill. Her confidence grew with the progression of each skill.
The following season Sara was placed back on the worlds team and she was a completely different athlete this time around. She was one of the strongest on the team, she was confident in her skills. Most of all she trusted and believed in herself!

As a parent it is sometimes hard to take that step back and watch your child be disappointed.
BUT looking back at the situation now, it was the best thing to happen to Sara. I had the pleasure of watching her learn and grow through it. A life skill she will remember for the rest of life and will help her become successful in life.

Trusting the process may be hard, but the coaches really do know best and they are there to help get your child through the process so they are successful and confident not just in cheer but in life. I now know and understand and believe in the quote “Trust the Process”.

My boy's really enjoy these Strawberries and Cream overnight oats, our whole family loves them.…